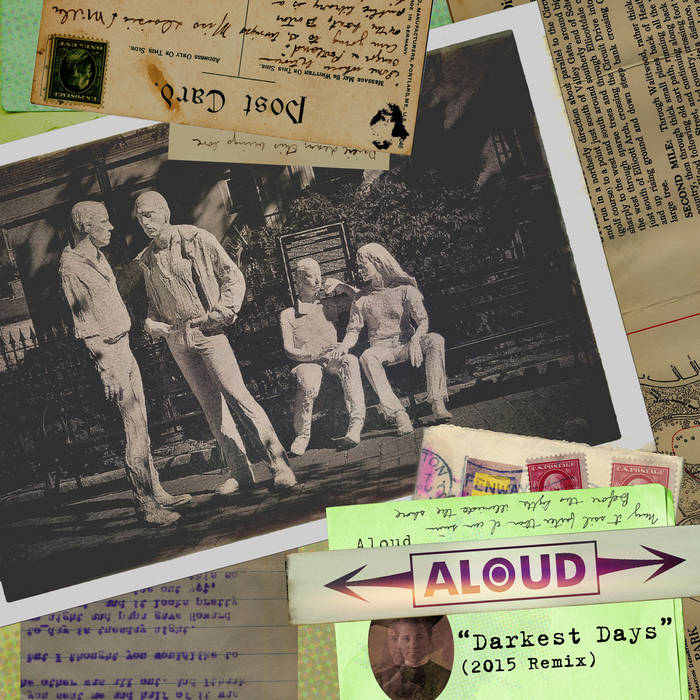 Between 2015’s Supreme Court decision making marriage equality the law of the land, and the Equality Act charting a course through Congress, Aloud’s brain trust thought back to a song on their watershed album Exile, which celebrates its fifth anniversary this month.

Beginning October 12, a remixed version of “Darkest Days” will be available as a free download through Aloud’s online store.

“ ‘Darkest Days’ was written right around the time Prop 8 was upheld in California,” says singer and co-writer Henry Beguiristain, reflecting on the song’s genesis. “Jen and I were planning our wedding at the time, and thought it was madness that we could do this and our friends couldn’t, just because they happened to be gay.”

“We wanted to send a letter in song to our friends, telling them not to give up,” says Jen de la Osa. “With the [recent] Supreme Court ruling, it resonates even more now.”

Be free of your past.
You’ve done nothing wrong.
Freedom is as scarce
as the day is long.
Stand up tall.
Stand up straight.
You got nothing to fear,
no business being ashamed

Of your love, love, love.
Brother, we all need love
to get us through the darkest days to come.

Your memories will never fade.
A loss is just a debt
that’s left unpaid.
Soon one day,
it’ll all be gone.
It’s a physical world
and a race against time never won.